How many wins will Roy have in April? 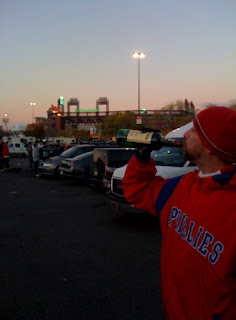 So I have mapped out Halladay's probable starts and was looking ahead to see what I thought his win total would be for April. Here is how I see it:

April 11 v. Houston- Roy will show that he is human here and take a tough loss on the road. He will go 6, but the lefty heavy Phils lineup will be stymied by Wandy Rodriguez, who is in a contract year. Ed Wade will look to pick up a Phillies has been or never was during this series (Brian BoCOCK).

April 16 v. Florida- This is the game in which I will be attending and holding court for the first gathering of Gload's Bad Loads fanclub in the Wachovia parking lot at signpost F2. Roy dominates in his first home appearance. Complete game is in order.

April 30 v. Stinkin' Mets- It is now a rule that the NL team from NY will always have an adjective before their name. It will always be negative as well. Johan only last 5 innings here and Roy gets his fourth win in April.

So 4-2 for our guy in April is the final prediction. So I ask you...how many combined innings do you expect Roy to throw? What do you think his ERA will be at the end of April? Planned upcoming updates are 'The top names I wish I could hear Harry announce from the 2010 baseball season' and 'The Complete Guide to Tailgaiting and Bad Loading for a Phils Game'.
Posted by BL Chris at 8:16 AM