On the Road Load is a feature highlighting a few spots for securing libations while following the Phillies on the road this season. 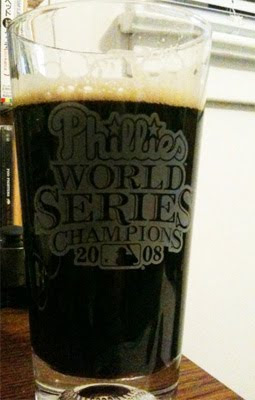 In the opening of our series of ‘On the Road Load’ the first stop finds us at the Spring Training home of the Philadelphia Phillies Clearwater, FL. The Phillies have made Clearwater their home since 1947, but have only been in Bright House Field since February of 2007. This new ballpark’s most famous feature is the Tiki Bar in left field. Here you will find an open air bar filled with all sorts of liquid concoctions to help burn away the day in the Florida sun. If you’d rather grab a beer at your seats, the Beers of the World stand on the third base side provides a generous bottle selection with up to 70 different suds.

If you’re looking for a drink outside of the ballpark here are few places to check out:

If you’re looking for a little slice of Belgium in Clearwater then The Brew Garden is the place to be. Offering over 100 varieties of beer The Brew Garden will keep you coming back for more. The selection favors more to the European side with a hefty offering of Belgian ales and a scattering of German, Irish and British styles. Don’t let that deter you however, because the good old U.S. of A is represented very well throughout. If you’re looking for an American Macro your closest offerings will come in the way of a Sam Adams as nary a Miller or Budweiser is in sight. The food menu seems to be lacking in the sheer amount of variety, as most of it seems to be just appetizers and sandwiches.

You might stumble upon this beer store on the way to one of Clearwater’s more famous attractions, the original Hooters, but right across the street is aptly named World of Beer. Boasting a huge selection of beer World of Beer also comes with a very knowledgeable staff willing to help you find that right selection. This would be an excellent place to gather your stash for the night game tailgate or post game hotel celebration.

For all of you yearning for some bagpipes with your beer, head Northwest to the Scottish town of Dunedin for some pints at Dunedin Brewery. Not only can you enjoy some of Dunedin’s own beers like Pipers Pale Ale, but they also have a section for beers not brewed by them called The Nook which opened up this year. They also have various specials and events throughout the week so check their website for details. If you’re headed there on a Monday you’ll find it empty because they are closed. This would also be a good place to stop by if you are planning on attending a game against the Toronto as the Blue Jays make Dunedin their spring training home.

And speaking of Dunedin they will be our next stop during our Spring Training series of On the Road Load. If you have any suggestions for places please feel free to let us know.

Cheers and Play Ball!
Posted by Joey Ballgame at 3:56 PM

Email ThisBlogThis!Share to TwitterShare to FacebookShare to Pinterest
Labels: Joey Ballgame, On the Road Load