A Rod is a juicer and a jerk 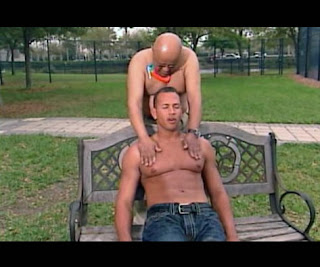 When I awoke yesterday morning I was amused to find a story and accompanying video of the shenanigans between Oakland A’s Pitcher, Dallas Braden and public enemy number one, Alex Rodriguez. To summarize, Arod had gone first to third on a foul ball off the bat of Robinson Cano. As he returned to first, he ran right across the mound, Dallas Braden’s mound. To say Braden took exception to this breach of baseball etiquette would be a mild understatement. Actually, he went haywire. More like insane.  While I think Braden went overboard defending his turf it was Arod’s response that made me stop and think. Basically, he said “I’ve never heard of that in my career.”  So he is claiming that he didn’t know any better. It sounded oddly familiar.
Three years ago, Rodriguez had a similar response when it came to his actions when running the base paths he called off a Blue Jays infielder, Howie Clark on a pop-up. Clark thought it was a teammate and let the ball drop. Again, Arod cited he didn’t know this wasn’t acceptable.  It seems to me that as someone who was been in the majors for 16 years, he should have a better grasp on proper etiquette, but then again the idea of using ignorance as an acceptable defense also translates to other areas of his life.
A few other things Arod didn’t know were wrong so it must be ok:
It might be a good idea for Alex to hire a personal assistant who could give him a heads up on the stuff most other people realize are wrong.
The link to check it out for yourself:
http://mlb.mlb.com/news/article.jsp?ymd=20100422&content_id=9503546&vkey=news_mlb&fext=.jsp&c_id=mlb
Just like any batter facing Halladay, I’m out.
Jay Wrizight
jaywrizight@yahoo.com
Posted by BL Chris at 12:19 PM

Email ThisBlogThis!Share to TwitterShare to FacebookShare to Pinterest
Labels: A Rod, Juicer, Steroids