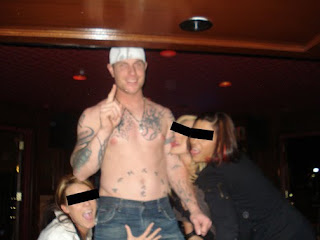 Seriously, things have gotten so bad for our boys; I actually had a nightmare that we fell behind the Nationals in the standings. I stopped calling them the Fightings’ and now simply refer to them as the “Passive Aggressives.”  I’ve gotten used to these team wide hitting slumps but this has become ludicrous.  But back to this nightmare, it was so realistic my eyes nearly popped out of my skull when I awoke and my heart was racing so fast I NEEDED to check the internet just to calm myself down.
I’m not one of those who usually try to analyze dreams for some deeper meaning, but I just had to look further into this one.  When I went to the computer I was able to relax slightly when I saw the Phils were only trailing the Braves in the NL east, but I did find the source of my trouble. The HUGE influx of talent the Nationals will be getting. Roy Oswalt was requested a trade and the Nationals have stated they were interested in acquiring him.  Steven Strasburg, last year’s first overall pick, will be joining fell top ten selection, Drew Storen, on the National’s pitching staff.  Many baseball experts have had the same reaction to Strasburg’s ability as a prepubescent boy finding his daddy’s porn collection. And then there is the most interesting one of all, Bryce Harper. Harper will undoubtedly be the first overall pick in this year’s draft. Harper is just 17. He left high school to get his GED so he would be draft eligible this year. He has been called “the Lebron James of Baseball” by Tom Verducci. He played at Southern Nevada Junior College this season and so far in 63 games he batted .442, hit 29 home runs and drove in 89 runs.  And by the way, the conference Southern Nevada plays in uses wooden bats.
Maybe my fears are a bit premature; I mean it will be a few years before he is major league ready, right?
And just to ramble on a little more about the draft. Last year, the draft was on the MLB Network and they talked about what needed to be done to make it more exciting like the NFL or NBA draft.  It was suggested that the potential draftees needed to attend. I hate to tell this to the big wigs at MLB but your draft, like the NHL draft, will never come close to become as popular as the NFL or even the NBA draft. First, the talent pool is mostly unknown. College baseball popularity is nearly nonexistent, and the only time College baseball does see any recognition is the College World Series which is a few weeks AFTER the draft. And who can keep up with the high school players? Secondly, the draft is in Secaucus, NJ. I can’t see that be a major drawing card to entice kids to go. And Lastly, the only the rare exceptions will play on a major league roster within a year. Most need to spend a few years in the minors. And the best thing about the draft is there is no Mel Kiper Jr.
The following number one overall picks are honorary Drunk Phils Fans:
Pat Burrell
Josh Hamilton
Darryl Strawberry
And I’m pretty sure Matt Bush IS a member.
Remember mock the baseball draft is fun but mocking Mets fans is better!
Jay Wrizight
jaywrizight@yahoo.com
Posted by BL Chris at 9:58 AM