You're My Boy Blue! 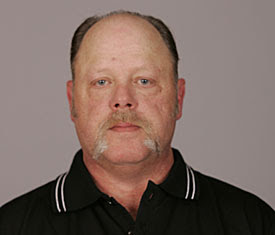 It only took a fraction of a second. In the time it took Jim Joyce to throw his arms up calling Jason Donald safe instead of ringing him up, Armando Galaragga lost his chance to become the 21st pitcher in the history Of Major League Baseball to throw a perfect game and Jim Joyce tarnished his reputation forever. It may also change the history of baseball.
Joyce had a reputation for being one of the best umpires in the business, but that has gone by the waste side.  I went to the Phillie’s game this past Sunday. When there was a close play at 3rd that didn’t go the Phil’s way, “Joyce blew another one!” could be overheard, but nonetheless Joyce was working the first base bag.  I’ll give him credit though.  He handled the situation about as well as humanly possible. He personally apologized to Galaragga, admitted he blew the call and showed genuine remorse afterwards.
Galaragga, too, responded unbelievably well given the circumstance.  He spent time in the minor earlier in the season, so to be so close to baseball immortality to only have it taken away by a bad call, he could have went postal and I think anyone could have understood. He just seemed to laugh it off. When asked what he will tell his son, he said he see the game and know his father pitched a perfect game. Galaragga will have to settle for the most famous one hitter in MLB history.
Many fans were calling for Bud Selig to overturn the call and give Galaragga his perfect game. Selig stated this would not be done.  This increased demands for instant replay to be looked at or expanded.  Baseball has long be opposed to replay and only instituted it on a very limited basis last year. Home run calls only. In all my years watching baseball, its probably the area where I think its least needed.  Baseball purist insists that replay will take the “human element” out of the game.
Ok. To put it simply, I don’t want replay…. AT ALL! Certainly, I feel for Galaragga, but I’m sure if you go back in history there are a few other milestones or feats that might have been accomplished if a call could be looked at again. But I think baseball umpires blow far fewer calls than NFL, NHL and NBA officials combined. The current process for replay, in my opinion, takes too long.  If any change should be made, it should be to the “human element.” If an umpire sees a blown call he should overturn the call.  I spent some time as a hockey referee in a previous life and it was always “courtesy” to stick up for your fellow ref so I understand this thinking. I, also, understand this may be flawed thinking.
Posted by BL Chris at 10:10 AM