Let's All Drink Some Haterade 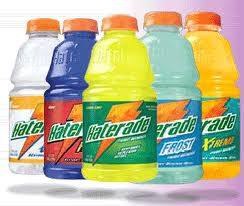 This week when I heard that Roy Oswalt held up a trade to the Phillies because he didn't want to come to a team with an 'aggressive media' my first thought was what a sissy. He sounds like a guy who wants all the benefits of being a professional athlete with none of the consequences. He wants his 12 million a year but doesn't want to be asked the tough questions when he stinks up the joint. You wouldn't make it here Roy, we have passion for our teams, stay in the Midwest where sports are a pleasant distraction. It also got me thinking there are a few people in baseball that I wouldn't pee on if they were on fire. Here is the list and reasons I would spit in their eyes if I ever met them.

5. Tony LaRussa - He thinks he's smarter than anyone else in baseball, so smug. The constant pitching changes, batting the pitcher 8th to get more people on in front of Pujols. I still don't understand that one. Whining about umpires. I think he's the most overrated manager in history. He has 2 World Series wins. The A's in 89' and the Cardinal's in 06'. He should have won at least 3 in Oakland with McGwire and Canseco in the steroid enhanced primes, Rickey Henderson and a great pitching staff. The Cardinals have had very little competition in the Central the last few years, plus he has the greatest player of this generation in Albert Pujols. He has 1 more World Series win than Charlie. Overrated.

4. Scott Rolen - Another 'I like the Midwest' pansy. He hated Larry Bowa because he was too hard on him. He didn't like the media asking the tough questions. He just didn't like it here in Philadelphia. I get it. I just didn't need to hear St. Louis is baseball 'Heaven'. I was so glad to see him go 0 for 16 in the 04' World Series and make the last out. The silver lining of Rolen leaving was the Phils were able to sign Jim Thome.

3. Jose Reyes - He's a nice player, I wouldn't say great. My main issue with Reyes is his jive, chicken dance, high five theatrics after a Home Run. Why do today's pitcher let him get away with that garbage? If there was ever a player who needed one in the ear hole its Reyes. Where is Dickie Knowles when you need him? You would think won of his teammates would tell him about it, oh yeah I forgot the Mets are all crumbs.

2. Billy Wagner - I caught Wagner's act in July the first year he was here. The Phils were batting in the top of the 9th in Chicago and scored a run to put them up by 4. He was caught on camera slamming his glove down because it was no longer a Save situation. That's a 'Me' player move. He bashed the fans here by saying they would boo him if he only hit 99 on the gun. He didn't get us I guess. He also dissed Pat Burrell saying he had 'A one plane swing'. Larry Andersen had the best line ever when Pat took him deep the following year, "I guess he threw that one in the wrong plane". Love L.A., he should be on TV, but that's an argument for another day. Wagner also had the stones to say by signing with the Mets it gave him a better chance to make the Hall of Fame. Hate to break it to you Billy but the only way you are getting into the Hall is if you buy a ticket.

1. Alex Rodriguez - A-Rod, A-roid, A-Fraud, we all know now he's a juicer. That's not even my main complaint about the jerk. My main issue is he's such a great player and still pulls bush league moves. The Dallas Braden thing was just the latest of a list of 'He Should Know Better'. The pop up in Toronto where he yelled 'I got It' as he passed the third baseman making him drop it. The slap of Bronson Arroyo's glove in the 04' ALCS. The announcing he was going to 'Opt Out' of his contract with the Yankees during the 07' World Series. It's sad that the person who will probably break Bond's Home Run record is also vying for title of world's biggest jerk.

If there is anyone in baseball that I missed let me know.