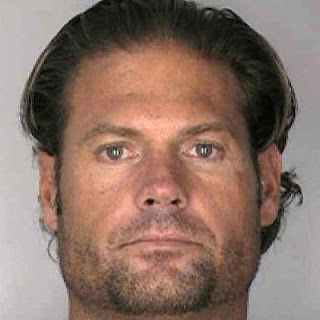 I know many of my loyal readers were pissed off or concerned when there was no Jay Wrizight article last week.  First, I apologize. Secondly, let me explain.  Last Monday, I came home from work, did some yard work, ate dinner and, oh shit, off day for the Fightins. Damn it. What do I do know? I started flipping through the channels and then I started to feel sick to my stomach. By Tuesday night, Jay Wrizight was admitted into the hospital. I was super sick. I couldn’t keep anything down.  All my nutrition was fed thru an I.V. tube.  The doctors ran a bevy of tests with no conclusive answers.  Thursday, I started to feel better.  My main doctor had suggested I write down everything I did and ate starting with Sunday and go up to the current time.  I went through and wrote down everything. EVERYTHING! Nothing was out of the ordinary. But my doctor is one perceptive son of a bitch.
We went through the list 2 times and he asked said we should go though once more before we gave up.  I said, “Monday, I came home from work, cut the lawn, ate some hot dogs, and watched baseball.”  He said, “For three days, you did nothing but talk about the Phillies, they were off, so what did you do?” “I watched baseball. I watched the Braves and Mets,” I replied. “Why’d you do that? You hate the Mets,” The doctor retorted. “Actually, I rooted for them. The Phillies need the Braves to lose” He went on to suggest that my body was confused by me cheering on my mortal arch enemies and it was more of a mental than physical ailment. He said I should write down all the things that really bother me so if this happened again, I’d be able to pinpoint my issue.   After doing so, I realized I will be one grumpy old man as I wrote about 3 pages of stuff.   I won’t bore you with the non-baseball items, but here is the baseball related list of things that make me sick to my stomach:
1.      The Mets.
2.      A-Rod.
3.      The Phillie Phanatic.
4.      People who talk fantasy baseball at the game.
I won’t go into detail as I have mentioned these issues before.
5.      The All-Star game.  Ok, I understand MLB wants it be important and a showcase to interest new fans. This is what I don’t understand, it determines home field advantage for the World Series, and all the experts say the AL has a clear advantage when it has home field due to the stronger line-ups because their teams are built with a DH. According to my calculations (which may not be entirely accurate, I just quickly browed box scores) One pitcher has batted in an All-Star game in the past decade. ONE. To make it fair shouldn’t there be more of an effort to play by NL standards every other year. My suggestion: pitchers MUST bat in the nine hole until the 6th inning.
6.      Tom McCarthy.  I don’t like him one bit but I absolutely hate the fact the Phillies won’t promote Scott Franzke to be the main play-by-play announcer on TV.  Every major call since Harry passed, Franzke has outperformed McCarthy.  The Phillies even know this. Watch the commercials, its Franzke’s calls, not T-Mac's.
7.      Darren Daulton’s tan. It’s ridiculous period.
8.      Ozzie Guillen.  Not because he speaks his mind, but because he’s a dumbass.  Complain all you want that Japanese players get translators and “special privileges” but these are established players who get multi-million dollar deals and their Japanese teams are paid just so an MLB team can negotiate to sign the player.
9.      Pompous ushers at CBP. Escalators are there to transport people. No need to deter people from using them. I have a Sunday plan I have had the same seats for 5 years I can find it better than you. Don’t chase after me so you can see act like you look at my ticket.
10.   The Pretzel lady outside the stadium. I know you are selling pretzels. No need to scream “Pretzels!!” in my ear as I walk by.  How about doing it when I’m five feet away?
See ya at the ballpark!
Jay Wrizight
jaywrizight@yahoo.com
Posted by BL Chris at 9:26 AM