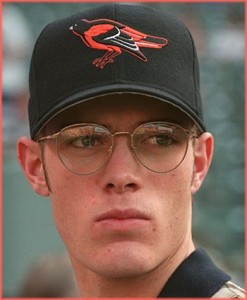 While many of you were watching an Eagleless football game, I was settling in for my obligatory Sunday nap. I checked the Twitter on my iPad before laying down on the couch (official naps are on the couch or a recliner, never a bed). I must be really tired because my brain is not processing the information. Jayson Werth signed with the Washington Nationals for 126 million for 7 years. NATIONALS....126....7 YEARS!!! In 2002, the Nationals franchise was purchased for 120 million! Who would have thought that a mere eight years later they would pay more than that for one player.

It was 4:32pm and no mention of this on any site yet. I texted a fellow season ticket holder, and we exchanged opinions of my sanity and soberness. No, I swear it's true, I told him. I even posted it on facebook. Big mistake. My phones were ringing off the hook, texts were beeping, emails were filling up my inbox. I am supposed to be napping, I have to work tonight. I told everyone to put on the MLB Network at 5:00pm. They have been giving updates every hour on the hour. By 4:50pm, word was on the Internet, and by 5:00 on TV. The baseball world was shocked. The Nationals! Of all of the rumored teams interested in Werth, the Nats were never mentioned. I figured that he'd end up with the Red Sox and I was fine with that.

Many women were furious. If you listened closely enough,you could hear their hearts breaking all over the tri-state area. I'm sorry. I don't get it. He's too tall, too lanky, too hairy and has no personality. He's just not my type. I did love how he would make a pitcher work with his long at bats, fouling off pitches. This whole popularity with the chicks, I never quite understood.

Now I was expecting J-Dub to be gone when he hired Scott Boras as his agent. The Phillies made him an offer during the season, he declined and then hired the super agent. If he was planning on staying with the Phillies, there was no need to hire Boras. The amount and length of the contract is what's surprising. He's a good player, but not a superstar. He's been in one All Star Game, and that was because Charlie selected him. He's been in a very potent lineup with MVPs, Silver Sluggers and a Home Run Champion. How will he fare with only Ryan Zimmerman in the lineup? Will they pitch around Werth now?

Baseball executives cannot be too pleased with this deal. It just raised Carl Crawford's value and he is two years younger and more talented than Werth. What a way to start off the Winter Meetings! You can't blame Ruben for not retaining Werth. What were the Nats' front office thinking? 126 Million dollars is more money than all of the free agents put together in franchise history. I don't want to hear that they're up and coming. They're still a long way off to contend. Strasburg is out for the season with Tommy John surgery. The Nationals need pitching. They always have. Their offense has always done well and their defense is suspect. What was Werth thinking?
This is what is disappointing, the lack of integrity. It's entirely too obvious, going to the worst team in the division, just for the money. There is no other way to justify him going to Washington. He already has his ring. I guess he doesn't care about winning anymore. Is this the same guy who asked Charlie to play him every day in right field in July 2008? Once the offer was made, Scott Boras didn't even give the other interested teams a chance to make a counter offer.

Many fans are supportive of Werth, stating that if it happened to us, we would take the job with the highest salary. While that may be true, most of us have less commas in our paychecks.

Katie Casey
Posted by BL Chris at 8:21 AM