When The Franchise speaks..... 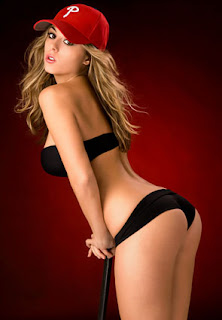 The Franchise is just about to head out the Fluid Nightclub this Thursday night, but wanted to make sure I had my post up and ready for Franchise Friday. Hair Gel. Check. Bathed in Kenneth Cole Reaction Cologne.Check. Pre-gamed with Jagerbombs. Check. Now to drop Phillies knowledge on my fans.

The Franchise looked back at the years the Phillies went to the World Series since 1980 and did some Bill James type sabermetrical extrapolations. What came to me was that to be a World Champion many things must happen....or not happen, but the number two hitter may be the most important person in the lineup. 1983, 1993, and 2009 the Phillies had underperforming two hole hitters. Len Matuszek, Mickey Morandini/Mariano Duncan, and Placido Polanco won't cut it. Bake McBride and Chase Utley can. If you have your head in your ass you won't realize The Franchise is talking about 80 and 08. The years the Phillies won it all. So that brings us to 2011. Will the number two hole hitter even matter? The starting staff is so good. Nonsense. The number two slot is the most important person in the lineup. So now who I think should be in the two slot and why.

Chase Utley is a GREAT two hole hitter. He is a below average three hole hitter. His last great year was 2008. Also the last year he was the Phillies two hole hitter. I could put the statistics to prove this, but you imbeciles obviously have the Internet...so look it up yourselves. The Franchise has DJ Tiesto pumping in the background, his DVR set to record The Jersey Shore, and is about to unleash a Top 9 list even The Wriz will like. The batting order. I may be Italian, but I am not going to pull some Tony LaRussa pitcher in the eight hole bullshit.

Victorino- Look for a 40 steals year and .285 average
Utley- Return to form hitting over .300 with 30 + bombs
Rollins- Perfect spot for the uppercut swing
Howard- Ho hum 40 HR's and 120 RBI's
Francisco- Breakout year with people pitching around Howard to get to him
Ibanez- Don't expect him the be a Phillie by years end
Ruiz- This guy is consistent and deserves the bump to 7
Polanco- Perfect second leadoff hitter in the eight hole
Pitcher

Now we know that last year's lineup simply did not click. Thinking it should stay the same this year just is not a smart move. The way The Franchise has set up the lineup breaks up the righties and the lefties VERY nicely as well. Will that formerly fat hillbilly see it The Franchise's way? I dunno. Will the reader's of this blog be able to stop brushing their tooth, take their Geritol, strap on the Depends and see that this lineup will have me pumping my fist and Chase Utley saying "World Fucking Champions!" once again?

That's it for The Franchise for now.Later on tonight if you are wondering where your girl or wife is...They may be getting Franchised. Special thank you goes out to The Wriz's cousin for the pic above. She sure knows how to handle the stick and The Franchise loves her two hole.

Boom Boom Pow!
Posted by The Franchise at 9:11 PM