Beer & You at Citizens Bank Park 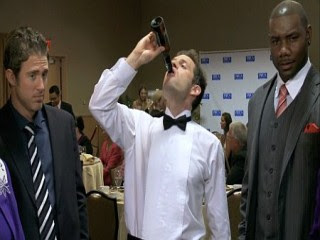 As April draws near and fans start lining up at the gates for another season of America's pastime I come here today to talk about another great American pastime: Drinking Beer. As gas prices make their annual rise towards summer we want to get the best value for our dollar in terms of beer. Everyone knows going into any ticketed event that the price for concessions is outrageous and in a way strangely American. We all know that buying in bulk is usually your best bet. A case is always cheaper per bottle when compared to a 6 pack or a pint from a tap.

With that thought in mind you should know to partake in a drink before going through the gates, after you've driven there of course, instead of within your friendly confines. Let's say you happened to fall into a situation where you weren't able to have a beer prior to scanning your ticket and you wouldn't mind pay the $7.25 to Arimark for water, malted barley, hops and yeast. Continuing along with the American way of being-able-to-charge-whatever-they-want Citizen's Bank Park also boasts the freedom-est variety of suds that you the consumer have the right to choose from. If you like to be stuck in your Communist ways and believe that you should only have one brand of beer ever I suggest you open your eyes to what The Bank has to offer. Below I've assembled a list of some of the choices you have at the ballpark in order of their ABV % going from least to greatest.*

Now, if you've purchased a beer or merely glanced at the menu you've probably noticed that a beer is generally around the 7 dollar range. The beautiful thing about Citizen's Bank Park is that even though the prices are a little steep they are pretty much standard for every beer. You may pay a little more for something in draft than in bottle but the price isn't more than a dollar in difference. With that thought in mind you can get more ABV per dollar by having a Sierra Nevada instead of a Miller Lite. Budweiser actually happens to be right there in the middle with a 5% ABV which is not too shabby. Although if you want a tastier beverage go down only .10% in ABV with an Anchor Steam which is also a lager and it packs in some flavor. Also if you want to help stimulate the local economy drink Kensinger and any Yards products - both are brewed right here in the City of Brotherly Love.

Enjoy, my friends, as you have plenty options when it comes to boozing at Citizen's Bank Park. Choose wisely and drive safe.
Posted by Joey Ballgame at 8:45 AM