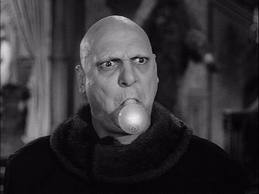 I have been away for awhile but the color of the sky today has inspired me to let the Drunk Phils Fans faithful know my plans for the upcoming Phillies march to the World Series. The sky today reminds me of the best road unis in the history of baseball, the sky blue Phillies from 1970 to 1991. Loved those baby blues! Schmidt, Rose, Carlton, Tug ect. wore those colors with pride, and they are proudly displayed on this blog. Enough rambling about days gone by, this post will be my last with Drunk Phils Fans and here is why.

If you haven't figured it out by now Jay Wrizight is my best friend. You may have noticed has been absent from DPF recently. A stupid Face Book spat has him moving on to another blog. I enjoyed his work very much even though I have heard many of his jokes, over many beers in the Halladay in parking lot over the years. I looked forward to 'The Wriz' Wednesdays. I always had a chuckle, but I guess his writing wasn't up to DPF standards. Spelling was a major violation, I didn't know that spelling counted, if I didn't spell check my work I would have been gone a long time ago. As for 'The Franchise', a made up persona by BL Chris, WTF? I know you were trying to stir the pot but to blast the only 3 writers you had at the time may not have been your best idea.

So where does my loyalty stand? Let's see, I was in 'The Wriz's' wedding, I have been to every Sunday game with him since the Vet days. We were there for Game 5 heckling Brett Celek for wearing his sisters pants. I am totally secure in my manhood so I can say I hugged 'The Wriz' after the last out of Game 5 before I hugged my wife. What? I have only been married to her for 2 years, she doesn't know the journey we went through. The Wriz and I lived through David Bleepin' Bell. Or do I keep writing for BL Chris, who I have never met in person? We are FB friends only.

I just hope this little spat doesn't put bad mojo on the season. Maybe you should burn a Jose Mesa card to the the baseball Gods, BL Chris. You know, a ritual sacrifice. Because what you did to 'The Wriz' was bush league. Just sayin'. I hope your man enough to leave this post up. Thanks to all the DPF readers, but as the late great Harry would say "DB29 is Otta Here!"