JMurl's Craft Beer of the Week and Fantasy Focus 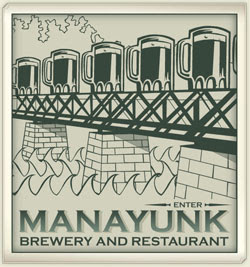 Deep copper in color...superb malt background, nice lacy head...smells of grass, sweet biscuity malts, citrus, and a hint of alcohol... tastes of oranges and pineapple, with a firm sweet bread backbone, an earth and spicy hop finish...medium in body with good carbonation and a bitter bite in the finish... 5 out of 5 burps

Matt Joyce (Rays-OF) With a minimum of 75 plate appearances this year, Joyce is the second-best hitter when facing right-handed pitching. In 94 at-bats he’s hitting .394, a 433 OBP, 11 doubles and 4 home runs as well...facing all righties this week...

Adam Jones (Orioles-OF) Last 10 games, he is hitting .351 with 7 RBIs...during this streak, recorded 3 multiple hit games including an 8/14 and 5 RBI performance in the Mariners series last week...might struggle against the Yankees (Colon and Sabathia), but should put similar Mariner-type stats against the Nationals this weekend...

Chris Coghlan (Marlins-OF) Has been absolutely terrible (said like Charles Barkley) against left handed pitching this season...batting .122 with a .162 OBP....Coghlan should always be riding the pine when facing the southpaws...

Aubrey Huff (Giants-1B) Only has 1 HR in his last ten games...has been pretty putrid against right handers this season batting only .174...faces 4 righties this week...sit him down and look for other options at 1B...

Russel Martin (Yankees-C) May has not been his month has he is hitting just .125 with only 3 RBIs...Yanks Triple A prospect Jesus Montero is hitting .336 and could be getting a call up sooner, rather than later...
Posted by J Murl at 9:30 PM