JMurls Microbrew and Fantasy Insight of the Week 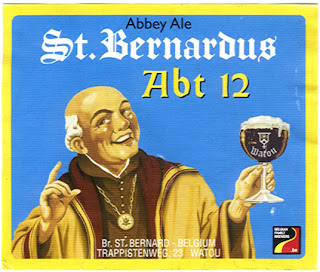 JMurl's Microbrew of the Week

Dark brown body, with a reddish edge towards the bottom of the glass...off-white head sticks around for a while and leaves a little lacing...subtle aromas of plums, dark fruit, and candy sugar...slight carmel towards the finish with some dryness...zapping carbonation with a medium body...one hell of a Belgium potion...4 out of 5 burps

Evan Longoria (Rays-3B) ...finally back from injury and made his presence known this past weekend hitting .417, five RBIs, and scored four runs against Baltimore ...will be tested this week against the Indians who are 4th best in the AL for team ERA (3.25), but he should continue the trend upward...

Fausto Carmona (Indians-SP) ...Opening Day outing against the White Sox was horrendous has he went only 3 innings, giving up 11 hits and 10 earned runs...his last three starts have been Cy Young-ish by striking out 14 batters and a 1.23 ERA in 22 innings of work...get him in your starting lineup this week against the Marlins...

Buster Posey(Giants-C) ...so far in the month of May he is hitting a pitiful .167 with no homers and only 2 RBIs...batting average on the season is .241 which is way below the .305 he hit last season which helped him win the NL Rookie of the Year award...

Troy Tulowitzki (Rockies-SS) ...finished up the month of April like an All Star with 7 dingers, 17 RBIs, and hit .298...the month of May has been subpar as he must be having “off the field distractions” like Pau Gasol has he is hitting just .100 and only one homer...obviously, you don't want to drop him but keep him on the bench until he turns it around...historically he has been a “2nd half of the season” performer hitting a career .312 from July through October...