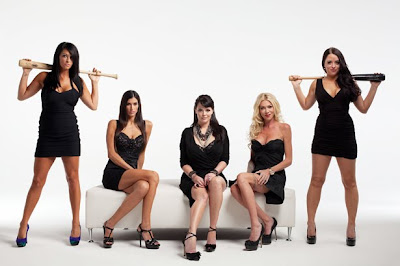 A shiny new train wreck debuts this week! This time, it’s with Major League Baseball as the backdrop-- or step and repeat, if you will.
But whether or not MLB is actually a proud promoter of VH1‘s “Baseball Wives” is neither here nor there.
What matters is that there is a new band of MILFs, cougars, and exes on the reality scene. For those of us who miss baseball and will take anything remotely related to it, I believe this is what those in the medical biz call “rock bottom.”
The hot mess, which premieres this Wednesday, November 30th at 9:00, promises to deliver all of your reality show staples: gratuitous scenes shot from inside the plastic surgeon's office blurred out just enough. Teary F-bombs. Themes of adultery, opulence, and back-stabbing. Fabulous parties where people jump into pools fully clothed.
The series follows the lives of six women in Scottsdale, AZ as they attempt to demonstrate they are more than just the woman behind a professional baseball player. (And by “follow” they mean “set appropriate lighting and stage things.”)
OK, the roster… Anna 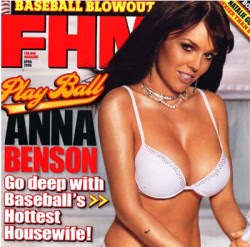 Anna Benson
“Who? Sorry, I’m not familiar...”
Whatever. [Eye roll...] You know who she is.
Anna is the controversial wife of retired pitcher Kris Benson, former FHM cover girl and “baseball’s hottest wife” of 2004. She also played in the 2005 World Series of Poker in Vegas under the handle “Gold Digger.” Pretty sure she’s going to get a lot of camera time, that one.
“We are not like Basketball Wives,” the former stripper was recently quoted as saying. “We are classy.”
OH NO SHE DI’INT!
Next up is Brook Villone, wife of relief pitcher Ron Villone. She modeled as a teenager, says the other wives are jealous of her natural beauty, and shed her baby weight in weeks due to her strict workout regimen. Always one of those in the group.
Chantel 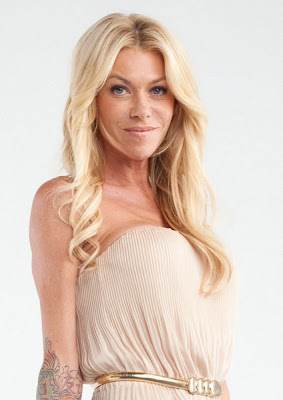 Also on the team is Chantel Kendall, ex-wife of Royals catcher Jason Kendall. This edgier Meg Ryan has a half sleeve of tats and a tabloid romance with Rod Stewart’s son Sean, whom she met in rehab. He is 10 years her junior.
Tanya Grace, ex-wife of retired 1st baseman Mark Grace is single, ready to mingle, and working on a T-shirt line. One of the slogans: "Douchepickle."
We can't forget Erika Monroe Williams (although VH1 did because she is not featured in the group shot.) A former news anchor, she once starred in "Good Evening Arizona." The native Californian now shares a 20,000 square foot home with retired third baseman and husband Matt Williams...
Blah, blah, blah... Do you even care what I’m saying right now?
I've lost you. I should go back to Anna Benson shouldn't I? OK. She believes the reason the Mets traded her husband was because they were scared of her "fun bags."
Here’s where the definition of the word “wife” gets a bit vague. Pop culture already loosened the term's meaning years ago, (along with the word “real.”) But not only is Jordana Lenz not anyone’s wife-- she’s not currently involved with anyone in MLB.
Jordana 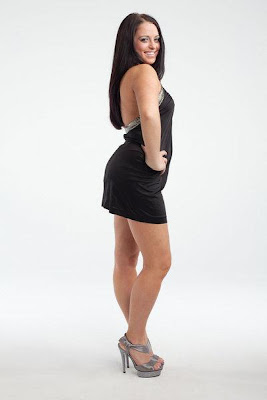 Her claim to fame (another word that's been completely hijacked) is that she once dated a Brewer. (Nyjer Morgan)
Nonetheless, the 23-year-old lives and tends bar in Scottsdale. Maybe she's looking to meet a nice Scottsdale-based accountant.
"She's excited to be single and dating again," her cast bio says, "and she is already fielding advances by a number of players."
Oh.
If the name of the show sounds familiar, you might remember another "Baseball Wives" that aired on E! in 2009. It featured Heidi Hamels, wife of Cole, and was part of the "True Hollywood Story" series. The program was intended as more of a documentary to show the ladies in their roles as mommies, supportive wives, and community volunteers. It was more respectable; not so sensational.
Besides, Mrs Hamels would never do anything too crazy on camera.
Will you be watching?
Posted by MegsMcG at 10:42 PM