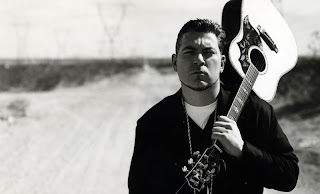 Guess who's back? Nope, not Everlast. No idea what that dude's doing. But it ain't rapping. Perhaps Whitey Ford is still singing the blues. But you know what?

Yeah, they bailed out early. Yeah, they disappointed an entire region. And yeah, Ryan Howard actually swung at the last pitch. They're still our Phillies. Citizens Bank Park is still the best place to watch a baseball game. And we'll still get all jazzed up when pitchers and catchers report. That's just the way it is.

I'm glad to be back contributing to the coolest friggin' Phillies blog around. The shit that goes on here is just entertaining, plain and simple. Just to remind youse all, I don't even drink anymore. But I still yelled at the TV when Utley got gunned down by Molina. I still thought Howard was faking it. You don't have to down a fifth of Jameson to be a Phillies fan. Sure, it helps. But watching these guys in the late 90's and early 2000's made me bitter enough to expect the worst at all times.

My goal here will be to entertain first; perhaps educate second. After that, all bets are off. Feel free to ask questions, post comments, or--more importantly--pass the site along to a friend or two.