MLB (Almost) Gets the Baby without the Labor Pains 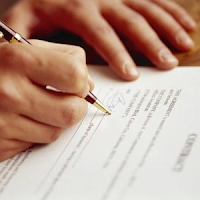 NBA, NBPA, you’re on notice. And you, too, NFL. With little fanfare (and fewer lawsuits), MLB and the MLBPA are closing in on an important labor deal. While this deal wasn’t fraught with disagreement over revenue sharing and other contentious issues, it is anything but a carbon copy of its predecessor. Among the changes we can expect, perhaps as soon as this week, will be the creation of two 15-team leagues, a second wild-card team in each league, and an interleague schedule that will be ever present throughout the regular season.

Not long ago, the notion of realignment at any level was scoffed at by all but a handful of baseball insiders. Think about that for a minute, a team is being moved from the NL to the AL – a fairly significant change – and it’s hardly raising eyebrows. Maybe because the team on the move is Houston, and they’ll probably go from being bad in the NL Central to bad in the AL West? Probably. Regardless, kudos to the MLB/PA if this continues as smoothly as it has gone thus far. (A few things have to fall into place for this to come to bear. The biggest being the sale of the Astros. Expected buyer – Jim Crane – is understandably not thrilled about the idea of playing divisional road games in Seattle, Oakland and Anaheim. The two hour time difference between Houston and each of those three opponents is likely to be a hit in the wallet. I hate when the Phils play in Chicago, much less Colorado or L.A. Maybe this is why Hawaii doesn’t have a ball club?! It’s rumored that Crane would receive an $80-million discount [off the $680-million price] for conceding to the move to the AL West.)
There is a lot to pick apart here, as it hits on everything from the draft to the post season, but I think we’ll just throw some ideas out and see if anything churns up conversation. If it does, we’ll run with it.
With two 15-team divisions, interleague play is going to be an all-season thing…which is fine, I guess. The Phils aren’t particularly adept at interleague play (just 106-129 in 235 games), and I fear an ill-timed series, but I like the change. And, maybe the Phils caught a break in the scheduling department, as their 2012 interleague schedule looks like this: TOR, TB, BOS, BAL and MIN, whereas Atlanta gets TOR, TB, BOS, BAL and NYY (twice). So much for equitable scheduling?
So, with all of this shifting comes an extra wild card team, which means an extra round of playoffs – does that mean a shorter season is looming? Should this round be best-of-three/five? Will Bud Selig lose his award-winning smile if baseball drags into November again?
Here’s my question: Is this realignment plan bold enough? Should we do away with Divisions and just have the top-5 from the NL and AL make the playoffs? What about expanding by two teams – one in each League?
There’s a lot here, hopefully we can kick this down the road a bit and see what comes of it. If you had a chance at adding or subtracting something to the CBA – what would it be?
Posted by Big Red at 11:23 AM