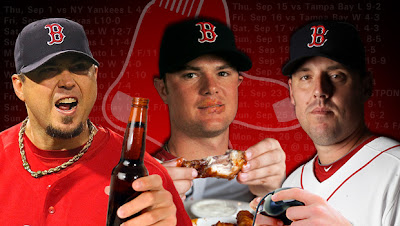 I guess the tyrannical rule of evil empires in baseball is over. Or are they? The Yankees may have evil empire money but they certainly have not had the results. Neither have the Red Sox for that matter ,and they are the team that branded the Yanks as the “empire”.

What’s ironic is while these two franchises have historically hated each other and have never hid that  fact, a feisty team from Tampa, has turned the AL East into a 3 team division. While Boston was busy calling the Yankees “The Evil Empire” and then hypocritically over paying for Carl Crawford in desperation, the Rays have put together a legitimate and yearly contender for a total team payroll of $42 million.

No other team has ever done more with so little; they are the polar opposite of “big” market giants who have bottomless pockets to spend on talent. No, the Rays get by in the powerful A.L. East with the bare minimum spent, yet they got just as far as the Yankees did, and passed Boston to make it into the playoff to boot.

And don’t get me started on the wanna be big boys like the Mets and Cubs who had payrolls over $120 million in 2011. For what? If you are going to throw that type of dough around at least have something to show for it, for that you could spend $35 million for a payroll and finish last like the Royals.

Tampa’s 2011 payroll was a little under $42 million, next to the lowest in all of baseball. The NY Yankees payroll was just under $197 million and got the same result. I would say Tampa is in much better position with a dearth of young pitching talent and position players. The Phillies? $172 million with the same result.  Boston? A cool $160 million to not even make the playoffs and collapse into a complete mess of an organization, unless you want to eat chicken and drink beer during games.

So how does Tampa do it? Especially in a state that is more famous for early bird specials and retirement complexes?

By having stars like Evan Longoria signed through 2016 at only $42 million remaining on a 9-year contract. Recently they signed young phenom Matt Moore to an 8-year contract, granted this is only after 19 innings in the majors, but the kid has the kind of stuff that blows hitters away. He made his first major league start in the playoffs this year and totally dominated.

It is always a risk signing pitchers long-term, but he is only 22 years old and will be only 30 at the end of the contract. Even if it doesn’t completely work out, it won’t be another Kevin Brown or Carl Pavano disaster that the Yankees notoriously endured.

The Rays have a built an amazing scouting and minor league system that has continued to produce home grown talent every year. They also sign young super stars at young ages (when they need the money) to long contracts that provide financial security for the players while not breaking the bank.

In 2011 BJ Upton was the highest paid player at $4.8 million, Longoria made $2.5 million, and David Price made 2 million. That is an amazing value considering the talent level and contributions of these 3 young studs.

For $9.3 million the Rays got 3 players that were integral to Tampa’s 2011 playoff run and World Series run of 2008.For a staggering $32 million the Yankees got one Alex Rodriguez who was hurt and on the DL more than once in 2011 and also choked in the playoffs again in 2011. Also don’t forget ace AJ Burnett at $16.5 million with an ERA over 5!

Already at a young age Longoria is a known HR threat and RBI machine, Price has logged tough and meaningful innings in the post season and Upton, when his head is right, is game changer.

At a time when money is so hard for Americans to come by, you can feel good if you’re a Rays fan and not be totally appalled at the money they spend.
Don’t get me wrong; baseball salaries have long been ridiculous, but if you’re going to spend the money, spend it like the Rays do.

They are like the rest of America…who have to account for every nickel spent and be responsible for the money we spend and make sure we are not spending it recklessly. The Rays have no wiggle room for mistakes in spending, they don’t have the ability to absorb bad contracts like the Yankees and Red Sox do.
That’s the sickening part of the way the Yankees operate, they just throw money around like it’s Monopoly cash or something, but they are no longer alone.

The Angels will pay CJ Wilson $15 million a year after 2 years with a winning record and 31 years old. Ridiculous!

Albert Pujols is one of the all time greats but good for the Cardinals for not bowing to pressure and giving him more years than he will perform for, they actually made the right and practical decision.

Baseball needs more teams like the Rays. A team that has the 2nd lowest payroll in the game and yet have made the playoffs, a World Series, and have many of their home grown stars locked up for years to come at reasonable money.

The one star they let go (Carl Crawford) got ridiculously over paid by Boston and had a horrendous year. Even if he had a good year by Crawford’s standards, he is not worth the money the Sox paid him.

So even when they lost a star player they looked smart losing him, they didn’t get desperate and over pay. Now all we need is the Pirates and Royals of the world to take after the Rays and then there wouldn’t be this stark difference in the spectrum of baseball teams.

So let’s do a final break down; for $48 million the Yankees got A-Rod and AJ. For $42 the Rays got a whole team! A good team that made the playoffs and has very bright future ahead of them.

Consider the Rays the anti-evil empire, they do it right and do it for less. Passing the Red Sox to get into the playoffs must have been some shit burger to swallow for the Sox Nation.

Ironically that they “stole” Crawford away from the Rays, maybe it’s the baseball God’s way of playing a cruel joke on Boston….it sure made me laugh.