The Chase is OVER! 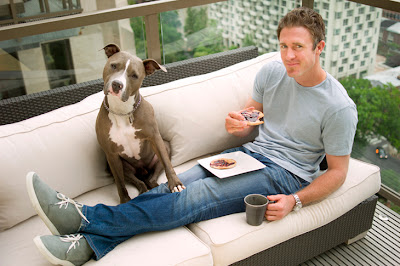 So in the history of Spring Training baseball, no healthy player has EVER been held out of in game action to 'save him' for the regular season. I am not talking about pulling starters in the 5th to get to see more of Freddy Galvis. Utley has not played a single inning and as of last night, Chase said he hopes to be in the lineup and be ready by Opening Day.

Fast forward to minutes ago and Chase Utley will have his chronic knee tendinitis evaluated by a specialist. “Chase’s rehab process has come to a bit of a plateau,” the Phillies said in the statement. “He has made some strides but not enough to take the field.” He missed the first 46 games in 2011, hit .259 with 11 HRs. Chase not only is done, but Chase has BEEN done. He should be transferred to a nursing home. Phillies brass has not been forthcoming with injuries in the past, so this is no surprise. Everyone knew he was hurt.

The Phillies right side of the infield is now a mess. Howard is looking at a June return (Rollins went on record saying he thinks Howard will sit out the season). Utley is out indefinitely, and even if he comes back, is not the Chase that we think he is. I think you are going to see moves ASAP. Perhaps Blanton/Brown gets traded for a 2B or a 3B..and Polanco moves back to second. 1B will be a mix of Wiggington, Thome, and Mayberry if/until Howard returns. There is also a chance that Wiggington will get the nod at second base, Podsednik will play left, and Mayberry/Thome platoon at first.

The lineup would be a big question mark. There is no true proven everyday 4 hole hitter. Podsednik would be a good choice as a lead off guy. Polanco batting second. Rollins third followed by Pence. Victorino in the 5 slot. Mayberry/Thome batting sixth. Wigginton seventh and then Chooch in the 8 slot. What are your opinions? Last year we were all talking about 100 wins...this year we are just trying to field a healthy lineup.
Posted by BL Chris at 11:37 AM