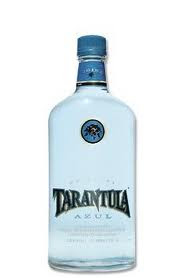 It was the last night out in Orlando for the team my junior year and we went to a club called Barbarella's. We started off at a place called Jungle Jim's where we asked what their strongest drink was...The Tarantula! Ok, bring us each one and me and John two! We were leaving for the 18 hour trip back to Philly at 8am the next morning, but threw caution to the wind and Tarantulas down our throats. After pre-loading at Jungle Jim's, it was time to head over 10-15 deep to Barbarella's.

Now we had one black player on the team, who basically upon entering, was grabbed by a blonde female and they proceeded to cut a rug. I knew this was going to be trouble when I saw Mike, who was a bad load, approach Eric. This is how the conversation went: "Yooo Eric, why you messing with the nice looking white girls? I thought you brotha's like the white girls with the fat asses. I mean I am cool with that, because you can take the big ones off our hands. I don't mess with big bitches.", Mike said. Eric responded a simple "Ok Mike." This witty back and forth sent the Civil Rights movement back roughly 40 years.

The remainder of the night was a normal night out at a bar. Talking shit to each other and girls, cutting rugs, and oh yea...boozing hard. The one thing that was not normal was my roommate was MIA. This could not be good. So I started looking for John..and what was this?!?!?..John was MACKING a girl. This was unheard of. John's favorite quote was, "Let's just go out and drink some beers and have a good time." He was just a cool and laid back guy that just loved beers and smogs (cigarettes). I was happy for him, so I let him be. He came and sought me out towards the end of the night with a happy look on his face, but I knew he wanted to ask me something.

"Chris, this girl wants me to go back to her place. I know we leave tomorrow and I don't want to go alone", John said. I knew this was a recipe for disaster. I made it known that we had to leave her house early because Flynn, our coach, was a dick and he would leave us down there. I also made it known that I don't want any of her friends to come over, as I would have to entertain them, etc. Our teammate, Paul, overheard us talking and he wanted in too. So the three of us leave the club and grab a cab to this girl's house. As we pulled up, it was a REAL nice house, with an indoor pool.

As we walked in, John was immediately taken into another room to handle business. Oh, fuck. Two of her friends were there and looked ready to mingle. Paul saddled over on the one couch and I on the other. The girls introduced themselves and I gave a fake name. First name I gave as Chris, but I used an alias for the last name. I didn't want these girls knowing my name and Facebooking me..Oh, Facebook wasn't out for another 10 years. Ok. The girls were real polite and I was not happy being there and I was in full BLM (bad load mode). The one next to me asked if I wanted anything to eat or drink. Is she serious???

So I said, "Yeah honey, get me two beers and two 'sammiches' put mayo on one side of bread and mustard on the other...and make it snappy". This girl had zero self-respect because she actually did it. So I guzzled down like 4-10 more beers, meanwhile, Paul and this other girl look like two carp going for the same piece of corn in a pond. I was revolted and scared to shit that this girl next to me was going to try. So she is kinda rubbing against me, cuddling (whatever that is), and I pulled the dick move. I looked her straight in the eye and said " Baby you are a bit too big to share this couch with me". Tears came a-streaming and she was OUTTA THERE! Funny thing is was that she was normal to thin, I just wanted no parts/had a gf and wanted to be left alone.

Hmm..what do I do now? I have an idea. Let me see if I can find anything in her kitchen closet to fire in the pool. That's right boys and girls. Spring break time is also Easter time...and that meant Paas dye and food coloring. I dumped every single tablet and drop of dye in the pool and sat back and waited...and waited. I fell asleep and woke up to a Kool Aid purple pool. It was glorious. As I walked back into the living room, I noticed family pictures on the wall. Oh great, her Dad looks to be a biker. Yay me!

530 am rolls around and I am up and knocking on the bedroom door for John to come out and let's go. Laid back John wanted 5 more minutes, so I obliged. I went to knock again and no answer this time, so I said if he wasn't out here in two minutes, Paul and I were leaving. John didn't come out, so I bid him farewell, took this broad's car keys, told Paul to hop in and let's roll. Few major issues: I had no idea where I was, this was before GPS so I had to find out how to get myself on I-4, I left my boy, and the girls' dad was a biker.

I got us back onto I-4 and at the hotel at roughly 7am. Parked the car, put the keys in the visor, and went up to pack my suitcase for the ride home. John rolled in at maybe 7:45am, telling me the girl's dad drove him here and he wanted to kick my ass/arrest me/etc. I asked John if the girl was with them and he said no. I knew then that I was getting away with this. John or Paul would never dime me out to this angry biker. It never even came to that. I saw the Dad looking for the keys in his daughters' car that I "borrowed" when we were about to pull away. Hope he enjoyed the Purple Passion pool as well. 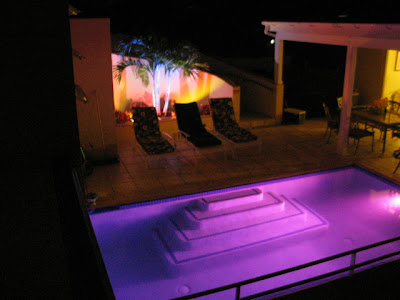