They are who we thought they were... 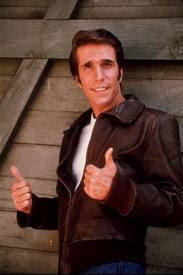 Dennis Green's classic tirade is called for today.  The Phillies are who we thought they were. They are an offense deficient team that is built to win via pitching and defense. So if people want to jump off, then go ahead. This team is NOT going to hit 200 homers and score 1000 runs. They are also not going to hit just .198 all season.

I will not sit here and tell you I am happy. I am pretty pissed off and about 2 (bottles) of Jameson away from going on a prolonged tirade. There are bright spots. The team ERA is 2.48 with a WHIP of 0.96. Hamels got hit with the gopher ball today, but he is prone to that. Papelbon, or any closer. should not be brought into a non-closing or tie game situation. It backfires more than it helps them 'get work'. (see Kearns bomb)

The Phillies batters are averaging 3.2 pitches per at bat. That is not being patient. They are not working the count or making the pitchers work. If you don't have the capacity to hit HR's, you need to work the count more. Rollins is the worst in the NL right now at 2.12 pitches seen per AB. He is the supposed leader, but is leading in the wrong way! Manuel and Gross need to focus in on this aspect of the game and pound it into the Phillies heads. They have been free swingers for their careers, I don't expect them to all of a sudden just be patient..

I do expect fans to be a bit patient. There are 158 games left. If the Phils suck like this at the end of May, then  I will start to worry. We knew this team had offense problems even WITH Howard and Utley in the damn lineup. So do all of us a favor and jump off the Walt Whitman now. What did 102 wins get us last year? A swift kick in the ass from a team that was OK during most of the regular season and caught fire in September and October. They had decent pitching, timely and patient hitters, and people who stepped up that were not counted on to step up.