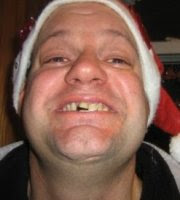 This recent story made me remember something that happened to me while playing college baseball. A Dwyer baseball player faces discipline after it was discovered he covered the visiting dugout, later occupied by inter-city rival Palm Beach Gardens, with urine before the teams played a key district game at Dwyer High on Friday night.

A bit of background is needed. We had a bat boy who was actually in his 30s circa 1995. He was my bat boy at Roman Catholic and Textile was right up the road from my home field in high school, so I guess Charlie Hart made the trek with me. Charlie is a good dude who is a little off. Ok, at times he is ALOT off. One time at Roman he got pissed off at us and "gave away" our signs to St. Joe's Prep. The team found out about it and we marched him out to center at Boyce Field and court-martialed his ass. Code Red style.

So Charlie got angry with us again at Textile and after we laid a beating on West Chester University, he went over and told the coach we pissed in their Gatorade. It was customary for the home team to provide the visitors with water or Gatorade, so it was in fact given to WCU by Textile. The next day at practice the Athletic Director called all seniors into his office and accused of the act. There was no judge and jury. His question was which one of you fucking animals pissed in the Gatorade? At the time, we did not even know Charlie told this story...so we were ambushed...but being assholes..we all laughed in his face. The AD then went around the room of 6 seniors and pointed out all the indiscretions he knew about us. Player A - breaking and saving the parking arms. Player B- uncountable alcohol offenses. Player C - he had to come out of a game once because his house arrest ankle bracelet went off. Player D - stealing the Ram Van for a beer run. Player E -  Lower GPA than ERA. He got to me and said, "Chris, you need to step up and tell the truth here. You aren't like these guys." That made all the other 5 guys laugh and say I was the worst of the them, but smart enough not to get caught. I liked that..and was really glad they didn't tell the AD I was the reason the call boxes were ripped off the dorms and were now safely under my bed.

I told the AD that it was nonsense and we weren't listening to any more of this. We were leaving. To be completely honest, I do not know for sure if someone did piss in the Gatorade..but I would also never tell if I knew. 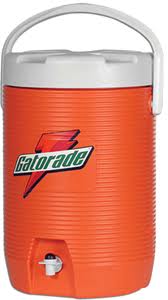