The greater the obstacle, the more glory in overcoming it 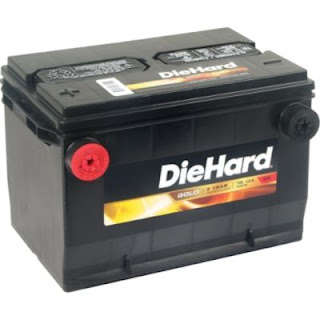 I am normally pumped to see any Phillies game, well except for the On Deck series… It just is not so this year. This is something that really bothered me. I have had season tickets for most of my adult life and much of my childhood. That being said, I have endured some horrendous teams, games, seasons, and players. So I sat back and tried to rationalize why is this? Granted winning is way more fun, but the answer is not so simple. I have made a few postulations which I will talk about in the following paragraphs.

There is not one single player on the team that is playing that I can identify with or get behind. In 1988 I had Chris James or Marvin Freeman I liked. In 1998 there was Borland, Zuber, and Gomes. There is just not that player on this current team that I feel that same way for. Last year it was Wilson Valdez. A gun of an arm and I was in attendance for marathon game he pitched. Maybe that player was supposed to be Dom Brown or Mayberry. It has thus far just not worked out. I kinda feel like Annie Savoy when Nuke and Crash both left the Durham Bulls. I am going through the motions, but something just isn’t right.

Hey speaking of something just isn’t right… Rollins has been a squid at the plate. I admire Charlie sticking with him and letting him try to get out of his funk, but Pierre is hitting .319, so I think he deserves the lead off role. When things go wrong like this, you blame the player, but you also have to lay honus on the manager. Charlie has used 30 plus different lineups, but Rollins has been cemented at the top for most of them. This may sound crazy, but Ruiz is on fire. Slot him in the 4 or 5 hole. Move Pence to the 3 spot, he should get a steadier dose of fastballs here in front of the hot Ruiz, it is more of his comfort spot. I would run this lineup out there for a try: Pierre, Polanco, Pence( The Killer P’s), Ruiz, Victorino, Wigg./Mayberry, Rollins, and Galvis.  At 7, Rollins would get a chance for RBI’s and act as a sort of secondary lead off hitter.

There is a lack of vitriol for any NL East opponent. I’ve hated the Marlins, Mets, and Braves…but frankly they just aren’t worthy of my hate right now. So that leaves tonight’s opponent, The Nationals. We basically would just destroy this team and clinch the NL East against them every year. Now they have a pitching staff that is better than the Phils. ERA’s don’t lie folks. Three of the Nat’s 5 starters have an ERA in the 2’s. Only Lee and future Dodger, Hamels, have ERAs in the 2’s. Harper is ready to step into the role of my most hated player. He is young, arrogant, and good.  Hey will be the new Chipper for years to come to Phillies fans. I expect a cacophony of boo’s for him tonight and do not condone Redmond’s battery throwing antics. That is a story for another time, but Redmond may have fired the first shot at JD Drew that fateful night at the Vet.

My final point is this. I am certain they are playing hard and trying, but for whatever reason, I don’t think it has shown as hustle and grit on the field. Wiggington is a disgusting fat body, but his laissez-faire half ass running to first on a ground ball is reminiscent of that sloth Bobby Abreu. When hearing he won a Rawlings Gold Glove, Ozzie Smith promptly threw all 13 of his away. Victorino swinging at the first pitch after the guy in front of him walked. Rollins popping up twice a game. Mayberry doing his best Pedro Cerrano impersonation at any breaking ball. Pence loving high fastballs more than Liscio’s bread (worst commercial ever).

Now here is the glass is half full side. There probably was someone like me in May 2010 and May 2011 in San Francisco and Saint Louis… guess what? They are World Fucking Champions right now. Stay close and work out the kinks now and catch fire in September and October. I’ll TOTALLY take an 85 win season if it comes along with a World Series championship. Hell, the MLB is like in house league 8-10 baseball, everyone makes the playoffs…The Phils may be 80-82 and be able to take the title.

The bumps in the road just make the ride more fun. The greater the obstacle, the more glory in overcoming it. Think 2007, just with  better playoff showing.
Posted by BL Chris at 8:58 AM