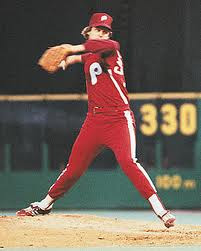 The Phillies had just paid their first baseman big money, they were coming off of multiple National League East Championships (one of which was a franchise best win amount), they entered the season with a powerful lineup and a staff of above average pitchers. The season was a disaster though. Three pitchers were injured, players underperformed, and they finished 4th in the NL East that year. The year was 1979. There is an unbelievable parallel between 1979 and 2012, atleast in my mind. Howard playing the part of Pete Rose; Christenson, Ruthven, and Wright playing the part of Halladay and Worley. Injuries killed the 1979 team, much as it apparently has decimated the 2012 Phils chances to return to the playoffs.

There are many who think Manuel will play the part of Ozark and will be the scapegoat for a poorly performing team that has high expectations. Ozark was removed from his role as manager on August 31st of that year. Ozark is very similar to Charlie in that he is a player’s manager and is often seen as lackadaisical. Dallas Green, who replaced Ozark, was more of a strict disciplinarian that the players despised. In 1980 the team was said to have bonded over the one commonality…they all hated Green. Regardless of their feelings for Dallas, they won the whole thing that year. Maybe this is just the shakeup they need. I do not see Sandberg as a viable replacement for Manuel unless Amaro decides to blow the team up and start over. This team needs a Bowa/Green type leader in my opinion. Maybe Manuel is keeping his job right now because quite frankly, there is no one out there with the experience and mentality to shake up this comatose team.

Was last night’s game one of the many aberrations that have happened this year? Have our Boys of Summer finally woken up and are ready to play baseball and not that lollygagging slop they have been doing? Time will tell, but if 1979=2012 (I hope they do not bring back the burgundy "Staurday Night Special uniforms as seen in an above 1979 pic), does 2013=1980?
Posted by BL Chris at 2:49 PM