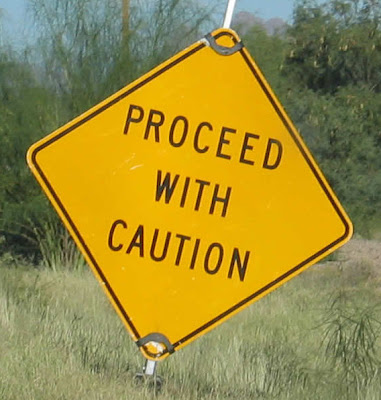 The following is my opinion. It is all speculation and I do not assert any of it as fact. I do not spend any time in the clubhouse, my hypotheses could be 100% wrong and I may just be an asshole. Proceed with caution.

The Philadelphia Phillies have become the story of the 2012 Major League Baseball season for all the wrong reasons. The extended absences of Chase Utley and Ryan Howard dealt the class of the NL for the past half decade a blow, but we all hoped vets like J-Roll and Shane would pick up the slack until they returned. The bullpen had some questions beyond the highest-paid closer in baseball, Jonathan Papelbon, and we knew that. But that wouldn't be a problem, because we had the best pitching staff in baseball ready to go deep in games every time out to compensate for shoddy middle relief and a depleted offense. Cliff, Doc, and Cole would be our saving grace if the other two aspects of the team faltered.  That's what we all expected.

Instead we got a big heaping pile of horseshit.

When the pitching was on, the offense sucked. Once the bats got it going, Cliff started blowing three-run leads and Doc went on the DL. And now it's so bad that we have to question Papelbon's mental state after blowing the rubber game of that three-game set vs the Mets. We have far more questions about this team than they can possibly answer, and the season seems to be lost. Jayson Werth's looking a hell of a lot smarter than he was a year ago, isn't he?

Ironically, the way Phillies fans view Werth is actually the way that this team plays. We hounded him for being selfish, taking the extra money instead of playing here for love of the team. But I don't see any of these guys out there playing with love of the team. It's funny how baseball, where the action is dictated mostly by independent events (Juan Pierre has no effect on the batter from left, Cole Hamels can't make Fontenot field a ball cleanly, etc.), may be the sport that most requires team chemistry. When you see the same guys every day for 7-8 months out of the year, you better enjoy being around them, or performance will falter. Clearly, performance has faltered.

The two most veteran players on the Opening Day roster are to blame for this; Jimmy Rollins and Shane Victorino. With Chase and Ryan out, they had to step up as leaders in the clubhouse and guide this team to victory. They had to be role models. They've been anything but. They fell into the trap of believing their own hype, and it shows out on the field. J-Roll's too good to hustle out ground balls. Victorino's an All-Star, why should he take advice and be patient at the plate? Attitude reflects leadership, and if your leaders refuse to put in the effort to make the necessary changes, why should anybody?

And now Chase and Ryan return to a team in disarray. One win since Chase came back, ladies and gentlemen. One. Still think he's going to save this season? I sure as hell don't.

As I see it, Charlie has one hope of making this season not a complete waste of all our time. He needs to re-assert himself as the guy in the clubhouse. How does he do this? Roll out the JV squad. Start Chooch, Chase, and Ryan assuming they're healthy, but put all backups in for the rest of the lineup. I want Fontenot at short, Wiggington at third, Pridie in center, Mayberry in right, and Pierre stays in left simply because we don't have any other bench players to put in. Tell the starters that they get their jobs back when they prove they want to be there. Now, players will take offense to this. It calls their pride into question. They'll get pissed off, and play with the kind of "fuck you, I'm great and I'm going to prove it" intensity that they had when we were winning all those division titles. Even though we probably aren't going to do that again this year, at least we can finish the season with some positives.

And for the love of God, once he's healthy can we please call up Dom Brown? I'm tired of the organizational witch-hunt against his defense when Hunter Pence, as Patches O'Houlihan would say, looks like a retard trying to hump a doorknob half the time in right. Put him in, he can't possibly make things worse. And maybe he finally becomes that outfield prospect we were so excited about a couple years ago. Then we could remember this season as the one Dom stepped it up instead of the season Charlie lost the team.
Written by: Justin Diaz
Follow me on Twitter  @justindiaz92