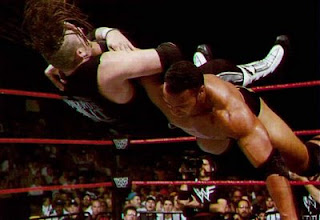 This is defined as: The culmination of a descent to a place where a person has nothing left to lose in terms of possessions, status, wealth and perhaps even shelter, food and warmth as a result of self-destructive behaviour. Alcoholism and illegal drugs are some causes. Insomnia, paranoia. The Phillies have hit rock bottom after a sweeping by the Braves has left them 14 games behind the Nationals for the lead in the East.  There are 75 games left. If the Phillies can play .600 baseball for those games that would leave them with a record of 82-80. No team has EVER made the playoffs with a .506 winning percentage. Let me put this as succinctly as possible. The Phillies will NOT make the playoffs this year. So what do you have to look forward to this year?

You have next year to look forward to. You have what is left of this summer to enjoy the Phillies and baseball in general. You can go to the park without all of the bandwagon asshats being there with popped collars shot-gunning Natty Ice in Lot K (this is the amateur lot, don’t park there people).

I have hope that the Phils finally part ways with an overpriced and underperforming Cliff Lee. He was great for spells during previous seasons and pitched great in 2009. Lee also couldn’t hold the lead against the Cardinals and has given the Phils no rings. He take take his smug Arkansas rag arm OUTTA HERE! Use that money to sign Cole. He may not even be in his prime yet folks. He is a bona fide home grown stud. As Teddy KGB said in Rounders, “Pay the man his money…”

Bobby Abreu is now wearing the Number 8 and is playing for the Phils with the name Victorino on his back. I truly believe this guy has become a clubhouse Cancer. He has little to no baseball acumen. He can go hang 10 with the Dodgers.  Hopefully we can get some bullpen help in return for him.  Atleast Abreu could walk, Shane has a .311 OBP. He does have 19 steals, but honestly when does this guy steal? Down 7-2 in the 9th? That Is the hockey equivalent of an empty net goal, it’s not defensive indifference, but it almost is…

Re-tool the bullpen. You can’t continue to march the same shit product out there with the same shit results over and over. If Phillipe Aumont is the closer, test him out as the bridge to Papelbon. If Manuel sends Bastardo out there in the 8th again, I am going to chug a bottle of Jameson (ok..ok…I will do that anyway), but c’mon Ruben!! No lead is safe until the 9th. I do trust in Papelbon, he was overpaid, but only has one blown save. Maybe he needs to pitch 6 out saves. Try something different!

When you think about it, a corporate executive on the hook for delivering growth-fueling innovation has much in common with a ball club’s general manager. Both are constantly shifting their lineups, making decisions to add or prune under high degrees of uncertainty. Both have stakeholders demanding immediate results, but also deeply appreciate that history will be the judge of their true legacy. Vindication for wise choices sometimes doesn’t come for years, and even the best leaders lose more games than they expect to along the way. Think of that, Ruben…get off your ass and get your head out of it.
Posted by BL Chris at 1:45 PM