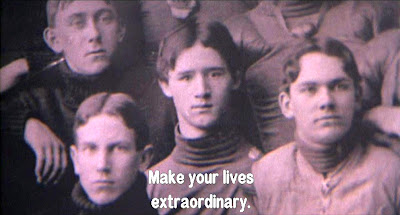 I still have the playoff tickets and the invoice from the one game playoff that never was in 2005. September 7th,2005  may seem insignificant to you, but for me it really wasn’t. For reasons that are quite personal and close to my heart it was a special day. I was less than 24 hours from being a Dad for the first time. A beautiful and healthy 7 pound 12 ounce (big baby, small turkey though) little girl was born the day before. I was on a high and can remember thinking that 9/7/05 was the last night of quiet sleep that I would have for quite some time. That is the perfect and sweet part of this story, it all went wrong with 2 on and 2 out in the 9th inning that night.

The Phillies had a new manager,  a newer ballpark, and seemed primed to enter the post-season for the first time in 12 years. Now no one can definitively say, but I truly believe that with one swing of the bat, Craig Biggio ruined the Phillies chances at the playoffs. His former teammate, Billy Wagner, put one right in Biggio’s wheelhouse for a 3 run homer and an 8-6 lead. Brad Lidge came in for the save that nailed down the sweep of the Phils. That year the Phillies finished one game behind the Astros and consequently, one game out of the playoffs.

I can remember sitting out back my house in my Boozebo, listening to the game on the radio, cooler by my side. Scared. Happy. In less than 24 hours, I was going to have to be a Dad…of a daughter…WTF was I going to do? My Dad told me that being a parent is a lot of common sense (of fuddddddddddddgggge). This was good advice, but it was also from the man who “made me and my brother dinner” when my Mom was down the shore with my Aunt. Making dinner consisted of opening a can of Beef-a-roni and putting it in the microwave, but I digress. Now, I wasn’t my usual drinking self that night, for chrissakes I had a new baby coming home the next day or two. It all went out the window after that devastating home run. I have NEVER heard Harry Kalas more downtrodden. When asked about his most crushing loss, Harry said “Probably the most downer call I ever made is Billy Wagner’s last year with the Phillies when Biggio hit a home run off him and we were on our way to perhaps post-season, and when Biggio hit that home run — I was devastated…” You and me both Harry…you and me both. I like to think that we both unwound in the same way, with booze.

I was so angry at Wagner. I never forgave him. He is a prick anyway, so I find it hard that I cheered for him. I polished off the rest of my Sierra Nevada’s from the cooler and went back into the house for more “medicine”. No beer? Shit. It’s 10 pm and this is PA, so all the beer spots were closed, I was already tuned up, so driving was not an option anyway. So I delved into the wine. I had two bottles left, but one was only half full. I took both bottles back to the Boozebo and just Gagootzed (my lingo for drinking what is left in a bottle) the half full bottle and then fired onto my backyard lawn. That felt good, so I did it with the 8-12 empty Sierra Nevada bottles too. It was around this time that I got a text from a friend who liked the Sox or Yankees and was talking shit about the loss. I was in no mood for this, so I smashed my cell phone. That felt good too, so I went in the shed and got a sledgehammer and busted it up more. I then was a drunken Gallagher and used the sledge on the bottles strewn about my lawn. Then I went back to the Boozebo and drank the rest of the other bottle of wine while listening to sad Irish music. I woke up at around 7:30 am in the Boozebo and for that one moment I felt like God. I looked around at what I created in my yard and it was good. So I rested.

Now I am no Aesop, but there is a moral to the first part of this story. Every game counts. Every moment counts. That I why I kept those ‘almost’ playoff tickets. I see them every day and they are like a Carpe Diem to me. While that sweep took the wind out of the Phillies sails, they were 10-14 in April. Abysmal. They didn’t seize shit. Maybe that lackluster performance haunted this team and then came back to bite them when they got their asses handed to them by the Astros 5 months later.  Milli and Vanilli can blame it on the rain, but I blame it on Wagner and Abreu. “If you live each day as if it was your last, someday you'll most certainly be right.” You have to look in the mirror every morning and ask yourself whether or not you would do the same thing that day if it were his last day alive. Whenever the answer has been ‘No’ for too many days in a row, you know you need to change something. Ok, maybe I am Aesop/Jobsian a bit.
Posted by BL Chris at 9:06 AM