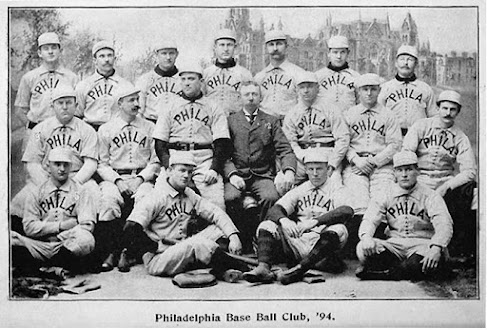 Since 1893, the distance from the mound to the plate was exactly 60 feet and 6 inches. It is amazing to think a somewhat “arbitrary” distance has stood the test of time. The tradition of baseball is important. Three strikes will always be an out and three outs will always end a half-inning. As a Philadelphian, tradition is incredibly important and a part of us. You can rename Market East to Jefferson Station and I will never refer to it as Jefferson. It is and always will be Market East. The one thing that changes too much in all sports is the stadium names. I have been a Philadelphia Union season ticket-holder since the franchise’s inception in 2010. The stadium name has switched 3 times in 10 years.

Every February I watch all 10 Innings of Ken Burns’ Baseball documentary. One of the things that stands out to me is the uniforms and how players wear the uniform. When I first started playing organized baseball, at Bridesburg FC, our uniforms were colored T-Shirts with Bridesburg on the front and some advertisements on the back. Even at that young age, I absolutely hated that I didn’t have numbers on the jersey, at a minimum. We were given basic white Rawlings pants, sanitary socks, and stirrups. Eventually, as I moved up in age, we had a bit better uniforms, but they were hand-me-downs. This meant these uniforms could be 10 plus years old and were used over and over.

Eventually I changed teams and started playing for Max Myers AC. Huge upgrade in the skill set of the other players and I finally was able to pick my own number and have a jersey that was only mine and not re-used year after year. I really wanted to have my name on the back and a fitted hat, just like the pros did. More importantly, to me, was that my jersey was still a pullover and my hat was an Ashton Kutcher style trucker hat with mesh and adjustable snapback. I wanted a button-up jersey and fitted hat, just like the pros have worn forever. Even in the infancy of baseball, teams wore button-up jerseys and fitted hats.

I attended Roman Catholic High School and played baseball for them all 4 years. The first two years, we had hand me down jerseys that I was proud to wear, but also terribly embarrassed. Most of the teams we faced had cool button-down jerseys, names on the back and fitted hats. Finally, for the final two years, the team bought their own uniforms. I now had my name on the back, but still a snap-back hat and pull-over jersey.  It was around this time that wearing long baseball pants and solid-colored socks became cool. I hated that trend and continued to wear my pants just below the knee, with the stirrups showing in all their glory. 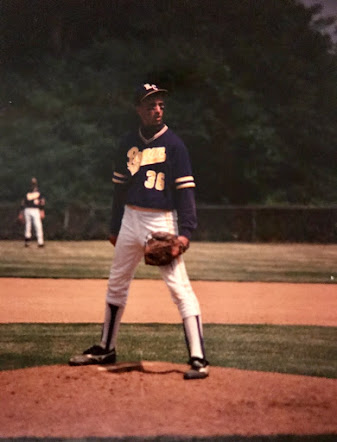 During my Junior year, I was asked to play for a Babe Ruth League team, Capitolo, which was based in South Philly. The fields in Philly generally were horrendous, but not this home field. Meticulously manicured, had actual proper dugouts, we got to play under the lights (this was NOT normal for Philly-based teams and I had never played at night before this) and best of all, I finally had a proper button-down jersey. I absolutely wore it everywhere for some time. I finally felt like I “made it”. My involvement in this select hand-picked team was short-lived, however. Our coach at Roman assembled the Capitolo team from various zip codes and high schools. Our initial games were versus the powerhouse team from Boyertown and we absolutely trounced them. Unbeknownst to me and other “outsiders” on the team, we were ineligible, because we did not actually play ANY league games for Capitolo. However, our coach had penciled our names in as pinch-runners in games across the season to circumvent the rule. That ruse was found out and I sadly had to turn in my jersey. Boyertown ended up winning the entire tournament that year.

I went to college at Philadelphia College of Textiles and Science, where I also played baseball for 4 years. Our uniforms were completely Bush League hand-me-downs that looked used, abused, and were sad. The only thing proper was our hats. I finally was able to get a fitted hat. Our team was dreadful, shown by the aggregate record during my 4 years of 73-105-1. Never finishing above .500 any single year (although we were 25-25 my Junior Year).

Finally, I wound up playing for some time in the Pen-Del and NJMBL, where I attained my baseball uniform dream. Button-down jersey with my name on the back and fitted hat. I still wore my pants knee-high and with stirrups, because tradition is important.