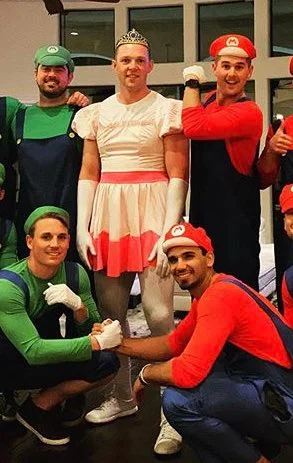 When a team has so many glaring deficiencies, a single off-season is often not enough to make that team a true playoff contender. The Phillies have desperate holes at LF, 3B, SS, 1B, and starting pitching. What stands out to me for the regular lineup is that most of the issues revolve around defensive liability. Hoskins and Bohm are absolute butchers in the field. Hoskins can hit, but Bohm has not shown the ability to consistently perform in the batter's box. Cutch has seen better days in LF and I honestly think if that position is below average in the field, they need to excel with the bat. Cutch does not and needs to be a bench player at best.

Segura is a natural 2B, although he can play 3B. He is an excellent hitter, but the Phils require power SOMEWHERE in the lineup, so he should remain at 2B and 3B should be filled with a free agent (Arenado). Didi is done. He has always been a below-average SS, but this year he has been abhorrent on defense. It doesn't seem like Stott is ready, so Didi unfortunately may get a stay of execution since he has another year on his contract left.

Starting pitching has ranged from a complete abomination (VV, Howard, Anderson, Moore) to glimpses of Cy Young prowess. There has been a regression in Aaron Nola as well. I think he is a #3 or #4 starter. Suarez also slots into a #4 or #5 starter, but certainly has shown glimpses of being a 2/3. The 2021-2022 Free Agent SP class is VERY strong. The Phillies should NOT look to fill in with back-end starters. They should look for a #1/#2 starter and the rotation should look like this: Wheeler, FA Starter, Nola, Eflin, Suarez.

Relief pitching has been better this year than last (this is not saying much). There is room for improving and solidying the back end. Ian Kennedy is not the answer at closer. Re-sign Archie Bradley and consider signing a TRUE closer (Iglesias, Yates, Jansen). Supplement the pen either from the minors, trade or FA with another LH reliever (Andrew Miller?).

You have to ask yourself, "Who is a true trade chip?". I immediately think of Hoskins to an AL team. The DH was made more Lead Hands Rhys. Is Hoskins enough to get a #2 Starting Pitcher, Power hitting 3B or LF? Can JT play 1B? Is Marchan good enough defensively to make up for his mediocre offense?

If I were sitting on Middleton's throne of cigars, this is what I would want to see: