Memorable Moments of the 2022 Season 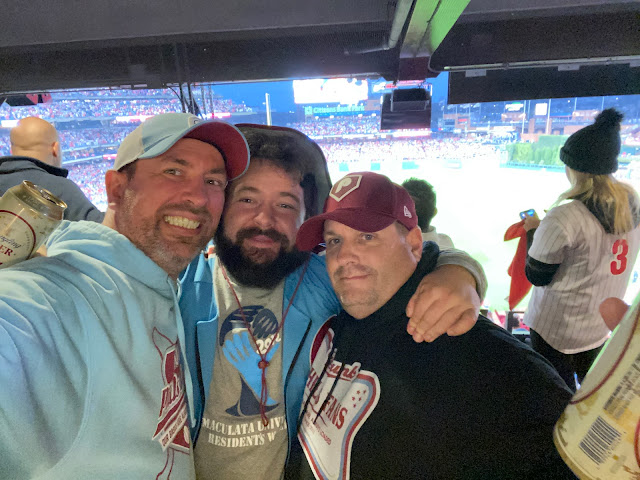 It has been over a month, 38 days since the Phillies 2022 season ended. It took me some time to process and be able to put into words what this season meant to me. I refuse to let the defeat destroy my memories of this glorious season. As I was thinking about the season as a whole, I thought about what my low point was at first. That one was pretty easy for me. I was at the Phils versus Mets game in enemy territory on May 28th. The Phils were 21-26 at the time and were about to get swept in the 3-game series. The team looked listless, rudderless, and I could not see any moxie in the team whatsoever.

Now that we got that ugly time in the 2022 season out of the way, I want to talk about a single point in the season when I thought maybe they had a phighting chance to make some noise. The date was June 15th and the Phils were playing the lowly Marlins. Well, lowly to most other teams, except the Phillies inexplicably had trouble beating Miami for what seemed like a decade. Kyle Gibson pitched maybe his best game of the year, with 8 innings of 1 run ball. However, the Phils had not scored any runs through those same 8 innings. Until the 9th, when backup catcher Stubbs launched a 3-run bomb into the rightfield stands to win the game for the Phils 3-0 in walk-off fashion. If you loved Rhys' bat slam, go take a look at what Garrett did as he was running down to first. An absolutely electric and epic celebration ensued.

Game 1 of the Wild Card series 9th inning doesn't normally happen FOR the Phillies, it happens TO the Phillies. That specific game and the 6 runs that the Phils scored in the 9th, on the road, against an incredible (but clearly hurt closer) made me think "this may be OUR year". Then in Game 2, the Phils behind Nola shut out the Cards to take the series and move onto the NLDS. More magic awaited.

I was lucky enough to be at Game 5 of the NLCS  The Bryce HR to give the Phils the lead and send them to the World Series was the most important Phillies moment I have seen live. I was telling my friends that they either walk Bryce or bring in the lefty. The Padres manager did neither and I was dumb-founded. I was not 100% sure off the bat that the ball would leave the yard from where I was standing. There was that one moment when time stood still. Not believing something so amazing could happen to the Phils. I felt young again, jumping around and running back and forth yelling at the back of my section! What I remember most from that time is that I hugged every person in my section. Or they hugged me, I don't really recall. It was all a beautiful blur that I will remember, treasure, and chase to feel again.

The hugging and high-fives didn't stop there. Me and my crew headed over to Xfinity to extend the celebration. It was a complete lovefest. We stayed so long because none of us wanted to leave for fear of losing that feeling, that our car was "locked" in the K Lot. We had to shimmy ourselves under the gate so that we could get the car and hoping that some gate was open or someone would let us out. To be honest, I was fine if I was stuck there all night.

A team that spent one day in 1st place, was shutout 14 times, no-hit twice, changed managers mid-season, lost their best player for weeks, and by all metrics limped into the playoffs...gave us all a thrill. I think it was the unexpected nature of the run after such a poor start that made it even more memorable. 2023 will have high-er hopes for sure and I cannot wait for the ride. Maybe next year is 2023 folks!